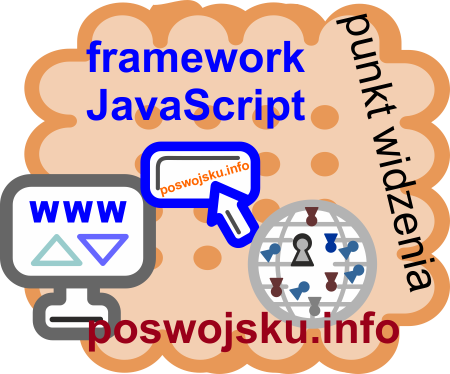 These are the questions that I will try to answer in relation to the basic features of Angular and React frameworks.

If you haven't had React and Angular yet - then you will be surprised first. Because you can find comparisons of both Angular and React technologies on the internet, but in my opinion this is something that should not be done because:

Angular is a full-fledged MVC framework (Model View Controller). Angular is a comprehensive development solution that allows you to do just about everything you want, of course in the field of web technologies.

React is a library used to create user interfaces - visualizations. React is a light, small library, often compared to layer V (View) in the MVC model. The creator of React was guided by the idea of ​​creating components as elements of the user interface that can be used repeatedly. React components enable data presentation - rendering of a given state. React cares for the so-called the status, e.g. a bar on a website, can have two states: standard and pressed. React recognizing states - on the fly makes changes on the website.

How do you compare a library with a full-fledged framework? Exactly. Instead of comparing Angular and React, I suggest getting to know each of the frameworks and assess it yourself. I invite you to the next lessons in which I will introduce Angular and React.

Want to know the details about React and Angular - welcome!

React introduction to the library